SUNNY SIDE OF THE STREET

***UPDATE*** 01/07/12
T-shirt now sold out, sorry you were too slow :) Please sign up to the mailing list HERE for news on when new stock become available.

1. Sunny Side of The Street

Sunny Side of the Street 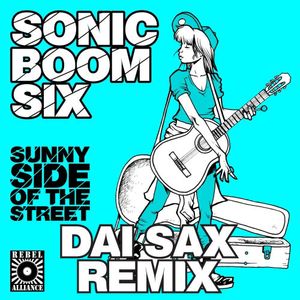 Download the 'Sunny Side of the Street (Dai Sax Remix)' for FREE!